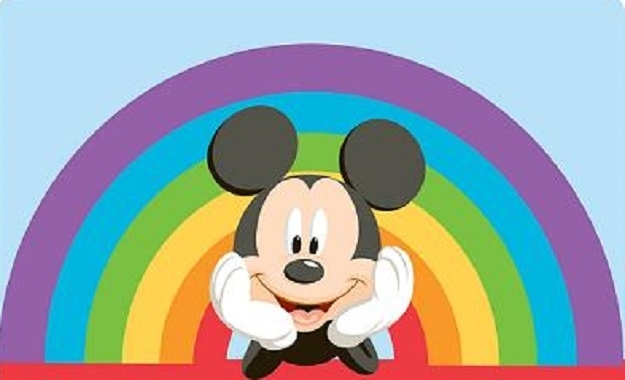 My most recent extreme realisation came as the result of what many would brush off as a coincidence, an unlucky anomaly, something that could have happened to anyone per the random appeal of atheist speculation. Though I regularly play our similarly styled Club Keno game, I very rarely partake of the national lottery. Nevertheless, my cosmic channels had been insisting I have a crack at the big Saturday Lotto that happens once in a blue moon for some time. So, on January 2nd, I purchased a ticket. Most of the numbers were not mine.

They had been selected by my wife, even though the same sorry digits had had no success after several attempts on Keno. As the range of numbers available for selection is considerably wider on Keno, number “77” was not a lottery option. Even so, a “Systems Nine” pick would have been miles too pricey for my meagre budget. I decided, thus, the best compromise was to create a number of game selections which would, ultimately, include all of my wife’s hot numbers.

Let us not lose sight of the fact, in total only nine numbers were involved in this supernatural tryst. All were neatly arranged in ascending order on my reference Keno ticket. All I needed to do was succinctly mark representative crosses on my Saturday Lotto form and the mission would have been complete. Yet, I failed to do that as I managed to duplicate one sacred number in place of another.

My mind hasn’t deteriorated…yet. Arguably, I have a vastly superior IQ. Proficient attention to detail and disciplined accuracy is essential for any creative artist and, as a concert trained classical pianist; I have found levels few attain. So why could I not duplicate nine simple numbers for last Saturday’s Lotto? The answer is simple. Thoughts were intercepted to ensure history was accorded. The outcome was very significant and, though the number missed was a winning one, it would not have been sufficient to earn me a prize.

This is important, because it tells me the forces behind this were not malicious. Though it’s a shame I did not win, as it has been revealed that I shall collect the penultimate prize in a lottery at some juncture in my life.

I would like to concentrate on the abnormal numbers for this analysis. Though I suspect all my wife’s selections are cosmically fortuitous, we shall press on only considering those cracks in the system. For instance, for some reason the number “7” had found its way in one selection line, yet it was not one of my wife’s. How had this happened? After racking my brains for potential motive, I assume I must have split “77” to reveal “7”, but why did I not add the two 7’s to create, a more appropriate, “14”? The first illegitimate number is a very special one and far from incongruous when considering meanings. Figure 7, for instance, is very similar to the cosmic script symbol which equates to the transcendental inter-dimensional traveller. Fancy that, but there’s more. Lucky seven is the energetic combination of all the planets that affect man: the Sun, the Moon, Mercury, Venus, Mars, Jupiter and Saturn. Keep it a secret because no one knows it yet, but seven, in this context, is God’s ultimate blessing for Earth dwellers. God is, as I explain in “The Beauty of Existence Decoded”, the summary of everything. 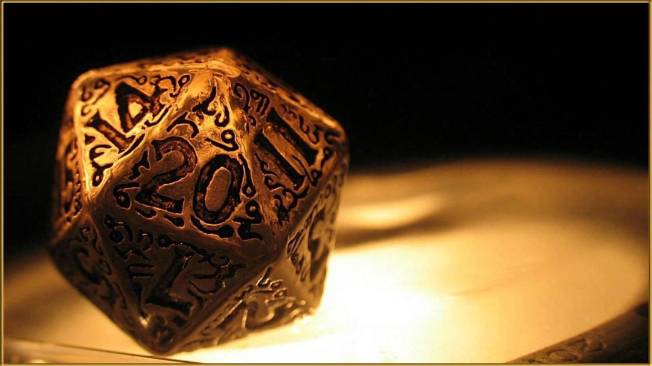 Numerology has always seemed rather flaky to me. Being of able body & mind, I have always preferred logic and reason over intuitive superstition. Nevertheless, I am always open for a challenge and I decided to use myself as a guinea pig for numerological testing. There is a chart that gives values to letters of the Standard English alphabet to a numeric maximum of “8” (although “9” is featured, it does not actually represent any letters).

Letters of all given names are added up in such a way to produce a single digit score (i.e. 1-9). Another strange unrelated coincidence is I had nine usable numbers for Saturday’s Lotto. Anyway, returning to the thread, my score happened to be “8”. Out of all the projected meanings as to the character of the name bearers, the only one that suited me was, remarkably, eternal number eight (Saturn).

Years ago, out of curiosity, I found my name score using the Kabbalah calculator. That turned up a surprise. The result precisely matched the reading of infamous [satirical] “Satanist” occultist, Aleister Crowley. I am what he calls Thelema or “Law (love) under Will (God)”.

The coiled splendour (Nis, the copper serpent, is a variant) is manifest brilliance which can either support the dark or light side. I believe I represent the dark side in the spirit of light, because it is only through comprehension of darkness that light becomes as “clear as crystal”. As complete God is a perfect replica of light and dark combined (per the Buddhist Yin Yang concept), then eternal grace can only be achieved from balance of all things.

My initial feelings on my breach of thoughts privacy saw anger at phantom menaces. I conclusively conjured an omnipotent Draco mind control regime conducted on an industrial scale leveraging the crystalline False [light] Matrix. Just as with David Icke, Simon Parkes, James Bartley and all the other hypocrites, my reasoning was a consequence of obsessive, unjustified eruption. The Draco, by salacious reputation grounded on little more than superstitions, had become my scapegoat for ignorance.

They do, I know, have the ability to take deceit to the very highest level but to what extent the universal human mind is interfered with is anyone’s guess. By their moral laws they seem only able to exploit gullibility. Taking America’s feeble President Obama, do we not see an amateur version of universal mind control and exploitation of the weak minded? The script for the impressionable pagans has been Obama is a gay, black drug using Messiah that turned out no different to “Angel of Death” Bush. They have been told he will be sacrificed for Martial Law. Whether this is over guns to enable the war hawk Hilary Clinton an indefinite dictatorship or something else remains to be seen.

Continuing my Lotto saga, for some unknown reason I duplicated the only Fibonacci sequence number selection “21” twice and omitted “31”; a number I should have chosen. It was a winning item too, but that isn’t important as, fundamentally, it would have made no difference to the result. Twenty one (years) is the harmonic representative of bodily maturity, assuming everything goes to plan. This use of maturity might equally say “fully grown” or “bodily adult” (other than the brain, which matures around age twenty four, another of my wife’s special choices, amusingly), but it does not negate the heinous standards imposed on human biological slavish robots by powers. The sexual clock is activated between age 7-8 in normal females and 10-11 in males, for instance.

Interestingly, two “21’s” equal “42” and this was another of my wife’s hot selections (a winning number too) and is particularly significant. Forty two is the age, dare I say again, a normal human psyche reaches maturity. Just because we are given the license to think clearly does not mean we cannot be swayed by shameless propaganda. Therefore, just about all adults remain as children throughout their lives.

It is all the more intriguing that Douglas Adams selected “42” as the “meaning of life” number in the satirical “Hitchhiker’s Guide to the Galaxy”. Reasoning is equally bizarre for the number was selected because it came before “43” and after “41”. Sounds innocent enough, except the numeric equivalent of pure enlightenment is maturity plus one (43) and the chaos of dark ignorance is maturity minus one (41). 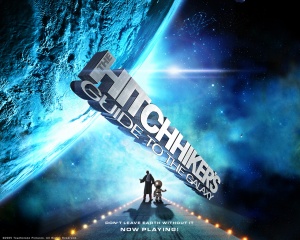 In addition, the numeric value of the name of God’s essence using the standard [English] alphabet cipher is also 43. Though church prayers are always ended with Amen, the correct alliteration is A-M-O-N which equates to 1 + 13 + 15 + 14. Amon was the invisible God of the air introduced by Akhenaten. However as this was the principle deity, in effect, he had ushered in the first (according to mainstream history) system of monotheism. Chronologically, at this time, the Israelites were still disparate tribes worshiping a multitude of subordinate Gods.

Arguably, given the varied names of God in Scripture, this may still be the case today. Mind you, I am now the only non-Farsi speaking resident at my boarding house. The new addition is a horrible narcissist of 43 years old.

Of course, if I had filled out my Lotto card correctly, I would have crossed “21”, “31” and “42”. So does “31” have any spiritual value? Indeed it has and is, theoretically, the most significant of all numbers, being a very special Mersenne prime. Choice “33” (yes, another of my wife’s too) combined with “31” corroborates this is more than a mere fluke. Israel’s tribes eventually consolidated under the banner of Judea and from then on their name given to the invisible God (not YHWH as might be supposed) was “El”. Thirty one happens to be the (Kabbalah) numeric representation of “El” and 31 hertz is God’s tension or chaos frequency. Hindu sage Vajasaneya Samhita wrote Pradjapati, “lord of the people”, created the universe by articulating the odd numbers from 1 to 31 in the Shukla Yayur Veda. These are the fundamental frequencies of creation (ultimate brain wave functionality is around 7 hertz, for instance). Creation has always been about subtlety and that is why “Jesus” used the mustard seed analogy.

I shall conclude with information on the only other winning number, “10”, as I feel sure it will be identified as important. Off the top of my head, though a little unnaturally, we seem to tune best to the decimal system and the much more natural Babylonian sacred base 60 (which, in fairness, is often broken into base 20 for ease of calculation), it should be said, is only a variation. Indeed, many of the secrets of cosmic mathematics can be unveiled simply by applying base 60,

Fibonacci ratios or combinations of the two.  It turns out though, as expected, number ten completes my puzzle. There are ten biblical commandments outlining codes for cooperative existential morality and ten plagues that inhibited objectives of the ancient Israelites under Moses. “10” is the trials and tribulations, the catalyst number signifying divine order. It represents a union between “one” and “nothing” as a batch or group. Finally, “10” is the change number.

It is the badge of Isis and Osiris, but also brings forth the symbol of love and light that compliments the ebb and flow (perhaps, also, rise and fall) of life. It is the number of the individual, because every life is unique and will only ever convey the decision making outcomes of the owner. Per that design, you perennially have the right to be optimistic and that faith will prompt creative powers of individuality leading to success, given patience.

Thank you for reading and do have a happy, prosperous year, but to finish I have an announcement on the global breaking news (sic) of a recent successful atomic hydrogen bomb test:

“North Korea does nothing without express authorisation from red China and China only authorises with blessing from the New World Order cabal.”