Who is mesmerised by what?

This blog has been created to further the awareness of the complex exo-political relationships that have affected our planet and all the races of man from the time of creation. My mission is to counter the destructive and mindless propaganda that has impressed the imaginations of those behind the world disclosure movement. From me you receive a direct message from “the other” in the way they think guided by their individual ambitions. No attempt will be made to either censor or pander to the absurdity, political correctness. 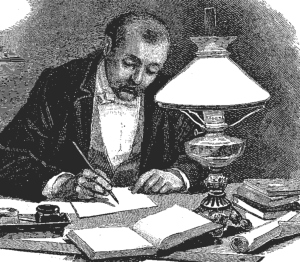 Though I had requested to be the progeny of rich parents, apparently that queue was full to overflowing. As there was some urgency, instead of being the son of a conscientious, philanthropic billionaire I was product of the spawn of an illiterate Irish pig farmer. The Matriarch line offered more promise. I learned my great grandmother had disowned her extraordinarily rich family around the turn of last century to enter into a matrimonial alliance with a “thieving” plumber. Love over mammon has been our motto ever since.

At the ripe old age of 18 months I well and truly established my difference with “normal” kids by, according to my mother, “writing before I could walk properly”. Ah, the heady days of youth! At age five my grandma explained the [Darwinist] origins of man and I felt compelled to correct her. “We were put on this planet one hundred and twenty five thousand years ago” I confidently stated. That earned an appreciated spanking as it taught me that rehearsed eloquence was the only way to claim a doting following. At 13 I started collecting stamps. By 15 I was earning more than my father trading exchanges. Then I went to college and left all that behind.

Underfunded and broke until I was 28, I was suddenly “discovered” and became an international philatelist in months. Having a whiff of opulent riches only gave me rock star tastes. Thank goodness fate intervened and reduced me to poverty again! Seven years of bad luck ensued with the occasional highlight, but in 2003 the tide turned reversing fortunes with a further seven years of good luck now only with the occasional lowlight. I had learned nothing and was still committed to being a mini-rock star, except my great passion was for classical piano.

In 2003, after believing I was already trained sufficiently for concert podium status, the eminent coach Bransby Burne accepted me under his tutelage. Six weeks of lessons saw the first two bars of Beethoven’s Appassionata final movement not even close to competent performance. Six long years of scales, arpeggios and concert exercises, two hours daily (including Christmas), were to ensue as my preparation for concert performance. 2003 was also the year I began my commitment to the encyclopaedic collection “A Brief History of Human Conscience”, which promises to expand to fifteen volumes likely collecting millions of words. In 2013 I pledged “to give it away for humanity as my gift to God” to light beings channelled through an intermediary.

By mid-2010 all that accrued good luck suddenly vanished as I had been, once again, blessed with a bleak financial period – so bleak, without charity, I could not have survived. Gold and savings saw me through to mid-2011 when, inexplicably, I took a diversion from my conscience writing project to explore “messages” I was being given subliminally about extra-terrestrials and a deep unrecorded history of man. My thoughts at this time had been almost exclusively focused on determining where the real ills corrupting man’s potential to attain cosmic consciousness lay; breaking the spell of stuff and nonsense issued by the mainstream and alternative medias. Within two months of joining and attending a Sydney based exo-politics group called SYDUFOR in February 2012, I was approached and quizzed as to the possibility of speaking publically. My time came in August 2013 after a presentation at the similarly missioned Tuggerah Lakes UFO Society.

With no book in tow (at this point), I began my political conscience blog, Ozzie Thinker, which tackles human issues in a unique and original way. Most of the content deals with psychology of human character but occasionally I do refer to deep historic developments (contradicting proscribed mainstream theories and idiom) and energetic “extra-terrestrial/dimensional” overseers. Building strong personal networks there was a repeated call for a specific exo-political resource and in December 2014, I took the plunge by setting up a new blog. Content, once again, is revolutionary with some humorous writings such as “Do Aliens Poo?”

2011 heralded the beginning of invitations to perform concert classical piano. That has developed into a youtube channel and regular monthly recitals at Sydney’s Milsons Point. If that was not enough, I began an impromptu writing project revealing unwritten histories and a deep extra-terrestrial involvement with man implicating the paranormal and spirit world as of March 2014; “a single volume”, I swore. By the time the first part of Dimensions, Deceptions & Demons was published, I had drafted notes for seven further volumes with plans for up to eleven instalments. First part, The Beauty of Existence Decoded, was published last year but I have had to withraw promotion of payment options as my “financial agent” has failed to reimburse me for any prior purchases. Thus, donations (see below) are the only viable transaction method for the time being until that situation is rectified.

The rather more expansive volume, “A New World Order” is scheduled for completion by September. In the interim, I have published a long short story called “Life on Mars; inspired by Harry Potter” which makes light, attractive reading and may be a particularly useful tool for the encouragement of our unliterary youth as a means to embrace the joys of reading once more. Increasing my reputation as a writer, the environmental internet news service and Pure Professional Journalism Gazette regularly re-blogs my articles.

More recently, I have been interviewed on the Peter Maxwell Slattery show and written for the large American information resource, Conscious Life News. More articles are being prepared for future release. May 2015 saw a lengthy interview for Brendan D. Murphy’s Global Freedom Movement. The relationship has progressed with my invite as guest journalist for his informative alternative news resource. 2016 has seen calls from Revising Reality Radio and two recorded interviews.

This place is a crossroads of 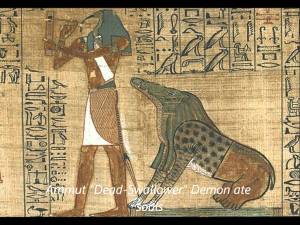 Even the Pharaohs had exo-politicians

truth, belief and virtue. Master and student may be entertained in the end quest to convert un-knowledge into knowledge. I would rather be poor and perfect than rich and wretched.

The first part and introduction of my book, Dimensions, Deceptions & Demons is now ready for release. This book has now been given the title “The Beauty of Existence Decoded”. Donations via PayPal of at least A$12 (so far the kindest individual donation has been $40) accompanied by an e-mail to quick2learn.steve@y7mail.com headed “Donated for DDD Intro”. A PDF version will be manually delivered by return e-mail. Processing will be given upmost priority. Those that want to print the book please add “print white paper” (less esoterically appealing copy) or “print coloured paper” (i.e. “Donated for DDD intro – print coloured paper”). Thank you.

**NEW** Donators can request the book/audio bundle comprising large and printable (mostly black/white) versions of “The Beauty of Existence Decoded” and “Life on Mars – Part One (inspired by Harry Potter)” as well as a three file (mp3) audio version (50 minutes) of the latter. Web/e-mail version is minimum $25 and CD $30. Please e-mail with “Donated for web bundle” or “Donated for web CD bundle” (and don’t forget to include an Australian mailing address!) in the header.

Next Scheduled ArticleAugust 8, 2021
New article provisional release date. Sorry for the additional delay, but I have to relocate on 1 July.